You loved Valentine’s Day, once, but in recent years, the holiday has lost its luster. Maybe you’ve had a couple bad relationships. Maybe you just feel like there is no ‘other half’ for you, specifically. Perhaps something really traumatic happened to you in the last week, an unforgivable act by the one person you trusted most in the world, and now the only feelings you can muster are spite and misery.

Lucky for you, upon reading Jane Eyre as part of my two-pronged plan to distract myself and to pass English 102, I’ve rediscovered a 19th century British Valentine’s tradition called Vinegar Valentines.

The concept is simple. All you do is deliver insult cards in the place of Valentine’s Day well-wishes– but I’ll admit, that sounds drab. While biting remarks may have been enough to really hurt someone back then, I think this Valentine’s day ought to pack a little punch. So this year, we are rebranding Vinegar Valentines into a timeless and heartwarming new tradition: simply hurl a Molotov cocktail directly into the path of those who deserve your wrath.

Think about it: the guy who didn’t hold the elevator for you in T. Coop? A Vinegar Valentine would make him think twice about that. Your roommate, after he refused to go buy you ice cream during that 24 hour period where you did not get out of bed? Probably would have been more inclined to hit up Russell if you gave him a nice Vinegar Valentine. That cop who slapped you with a ticket for being parked in the teacher’s lot while you were in the middle of a two hour crying session inside your car? All I’m saying is, I don’t think she would’ve finished filling it out if she’d gotten a patented Vinegar Valentine.

I’m not promising that Vinegar Valentines could solve all of your problems. I am saying that, hypothetically, if your best friend David knew you had a crush on the girl in your French class, and he specifically said that he would be your wingman, so you introduce them to each other in the hopes that he will help you two get together, and then David decides that instead of hyping you up, he’s going to tell Charlotte about the time that you got so scared during a screening of The Bye Bye Man (2017) that you peed your pants a little bit, and then Charlotte laughs as if that was a funny story and not a moment of complete humiliation for you, and then four days before Valentine’s Day, Patrick asks Charlotte out and she says yes, then maybe throwing a Molotov cocktail at the sidewalk in front of where he is walking could possibly solve one of your life problems at the moment. Theoretically, that is all I’m suggesting.

What I am saying is that Jane Eyre was the one who stated that life is too short to be spent nursing animosity, so this Friday, go out and right some personal wrongs. You are no bird; no net ensnares you! This year, instead of pouring your heart out to a loved one, pour your hate out to a local nemesis– with Vinegar Valentines.

February 13, 2020 Comments Off on Five Totally Foolproof Ways To Get Your Fifth Grade Crush To Notice You 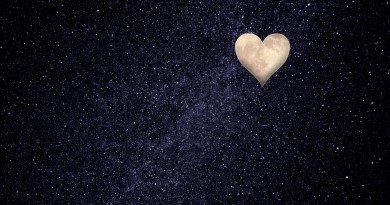